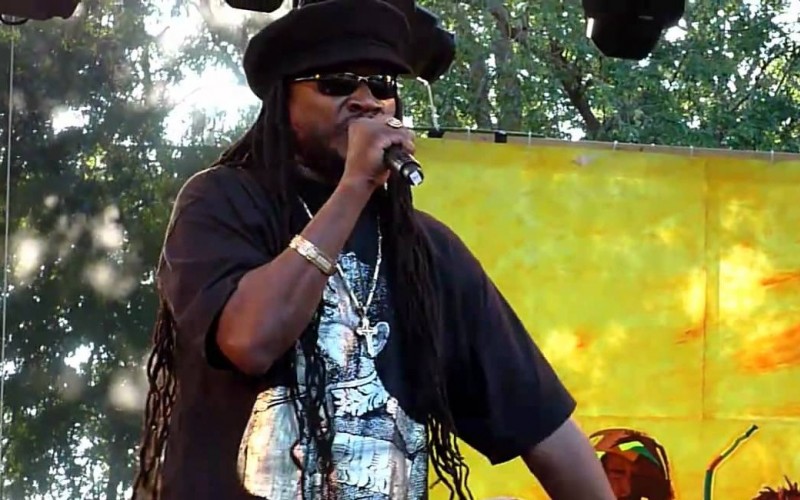 Lone Ranger, the pioneer of the Sound System in France.

Lone Ranger is no longer presented... Illustrated Dj whose career took off at the end of the 70s, he is one of those who will give a new "color" to the DJ style popularized by U-Roy. Just before the explosion of Yellowman and dancehall style in the 80s, Lone Ranger ignites the dances of Soul to Soul and Virgo Hi Fi sounds to the sound of his hits: "Answer", "Love Bump", "M16", "Rose Mary" ...

His very particular gimmicks, his way of toasting and his entertainment approach make him the most popular Dj of this era.

He got his pseudonym from a sound system party where he introduced himself by saying: "And now, louder than Trinity, tougher than Dillinger, rougher than Clint Eastwood, my name is Lone Ranger and that's why I'm acting like a stranger..."

1979 is the year of success for Lone Ranger... He released "Barnabas Collins", his first hit which became number one in the reggae charts in Jamaica and England and he was elected deejay of the year and won the El Suzie Award in this category.

The following year, he worked with the Virgo Hi Fi sound system, one of Kingston's big sound systems. Same causes, same effects: he is elected deejay of the year and Virgo wins the title of sound system of the year. Several reasons for this: first of all Lone Ranger is a born storyteller, he doesn't just animate a version, but sets a text that unfolds throughout the song. Secondly, he is more melodious than his predecessors, which silences the critics who often pointed out that a deejay couldn't sing but was content to talk about the music. Finally, he is very fast at the microphone and integrates gimmicks as musical elements in their own right: "bim", "right" and "ribbit" become his trademark and will be copied a lot afterwards. His style was to become a schoolboy in the 80s in England.

At the same time, at the end of 1979, Ranger and his producer friend Chester Synmoie went on a trip to France that was to leave a lasting impression. Spotted by the French journalist Hélène Lee during an evening in Kingston, Lone Ranger agreed to spend six months in France. He and Chester arrived with a stock of singles, mainly Studio One singles, and performed several times in Paris: the Palace, the Bains Douches, the Chapelle des Lombards... They simply set up the first sound system evenings in the capital.

More than 30 years later, Lone Ranger is still faithful to the French public and performs regularly with the Soul Stereo sound system.